Why Is The English Language Important For Business? 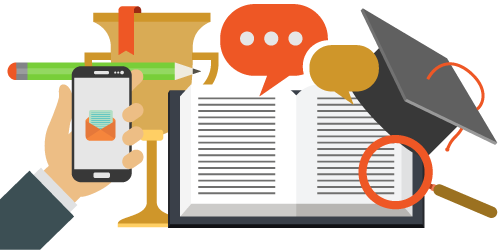 The English language is without any doubt the language that is being most widely used in the world of commerce and trade. Over the past two decades, its use has become massive. Keeping that in perspective, English has become a very important language to learn both by business owners as well as their employees in order to achieve success in business. That’s one of the reasons why international students always prefer to seek a career in a country where English is the native language.

How Important is The English Language?

The English language has been starting since the early colonial expansion days and it has managed to take place of the official language when it comes to most forms of official communications in majority of the countries all across the globe. The world we live in may be referred to as a business oriented world. English plays the role of the biggest communications medium for both smaller as well as larger corporations. Keeping in view the modern trends and technological advancements, businesses have managed to get across the borders of their own countries. Therefore, English has filled in the spot for a global interactive language as partners from different parts of the world do not usually speak a common native language.

English has the ability to cross international borders. So it won’t be wrong to say that it is the most sought after language in the corporate world of the present day. Language proficiency has also gained a lot of importance for business owners to sustain a good standing in today’s competitive business scenarios. Several well reputed organizations across the globe are relying upon English as a communications medium in almost everything. This includes intra organizational correspondence, emails, corporate documentation, well read business resources and other similar things. Be it in printed or electronic form, English is the main medium of communication in most of the companies. In addition to this, more than 70 countries have declared English to be their official language. Achieving fluency in both spoken and written English plays a crucial role in several different aspects of the corporate world including securing employment, communicating with clients, making international partnerships, etc.

The English language has penetrated so deeper into the business world system that it has become an obvious choice in several industries like airlines and shipping businesses. That’s the reason why having the right amount of knowledge on English has become almost mandatory in order to secure certain jobs in the industry. In addition to being able to speak English in a fluent fashion, most of the companies are looking for people who also have excellent written English skills as well. The main reason behind this requirement is the fact that most of the communication carried out within the business is conducted in English. This includes documentations, emails, presentations and other similar things.

If you’re a local business using a local language and plan to expand your reach, translating your website into English is the first step you need to take. Get in touch if you need quality services at affordable rates.