/ Proofreading / The future of the translation market 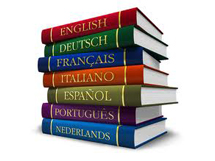 The future of the translation market

The future of the translation market

As children and young people have just finished with exams, statistics from the UK show that fewer students are taking modern foreign languages thus increasing the translation market usage. Just last year, the numbers for A-Level French and German dropped by 5% and 7%. Even Spanish could not keep up with early expectations, although it managed to take over second place and send German into third.

As for the General Certificate of Secondary Education (GCSE):

At the same time, entries for GCSE exams have fallen:

While this is the down-side, the up-side is that the number of A-Level candidates in other languages has increased by 20% but compared with other subjects, the overall number is still very low:

These statistics don’t look very good for some translation agencies, considering that the amount of translation work will continue to be as high as now or even higher and professional qualified translators will be even harder to find in the translation market.

At ISO Translations, however, we have hundreds of highly qualified and experienced translators. A very important fact is that not only have our linguists studied their foreign languages at college or university, but also, in many cases, they live and work in that country, which helps them absorb their adopted culture giving translated text an authentic feel.

For a very competitive price per word of 0.12 EURO, we can translate anything in any language combination for which we have a direct translator.

Contact us at [email protected] for further information about our company and a free quote in the translation market.